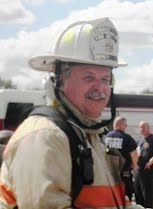 Dave Casey is the co-author of Fire Engineering’s video series “The Right Seat – Officer Development Beyond the Textbook” (six volumes) and the lead author of NFPA/ISFSI/IAFC textbook Live Fire Training: Principles and Practice. He has served as Louisiana’s State Training Director for Municipal firefighters, Florida&#39;s State Fire Training/Standards/OSHA Chief, and Fire Chief of Clay County (FL). He is a managing partner of Ascend Leadership, a promotional testing and training company He has as a Master&#39;s degree in Public Administration and is a NFA EFO graduate and CFO designee. He is a frequent presenter at the FDIC and state and provincial Fire Chief’s and Training Conferences He has been published in Fire Engineering and other regional magazines. He is a managing partner of Ascend Leadership, LLC. 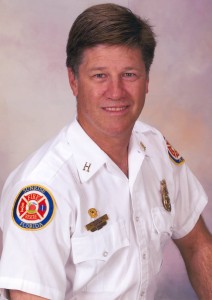 Christopher Niebling is an active officer with the Mantoloking Volunteer Fire Department, and serves as the Operations Chief for the Office of Emergency Management for the Borough of Mantoloking, New Jersey. Prior to retiring as a fire officer with 36 years of service in Florida he served as a company officer, training officer, paramedic, instructor, and as an IAFF union local President. He is a frequent presenter at the FDIC and state conferences, and the past Chairperson of the Florida Training Improvement Conference, and Vice President of the Florida Chapter of the International Society of Fire Service Instructors. Chris represented the Florida State Fire Marshal’s Office as a Standards Examiner, responsible for conducting state written and practical certification examinations. He is the co-author of the Fire Engineering video series “The Right Seat – Officer Development Beyond the Textbook” and has been published in fire service publications including Fire Engineering magazine. He is a managing partner of Ascend Leadership, LLC.

For thirteen years Dave and Chris were the vice president and president (respectively) of Fire Service Technologies, Inc. (FST). FST was a provider of promotional exams and specialized fire service training programs in the US and internationally. FST’s methods of avoiding testing conflicts from differences in written procedures and actual practice made them popular with candidates and fire department administrations. Dave
and Chris closed FST when Dave was appointed as Florida’s Chief of Fire Standards & Training, managing the state’s over 9000 state certification tests annually. In that role, Dave oversaw major testing process overhauls and improvements.